"Who the hell is Artemis?"
"She's a straight up hardcore badass with no f***'s to give, that's who the hell she is. "
— Former Employer Gregory Blake

Andromeda Olivia Queen was born in Star City, Washington to Sandra and Oliver Queen. Like her brother, Connor Queen, Andromeda was raised on a steady training regime of martial arts and various weaponry. Unlike her brother however Andromeda was forced to dedicate more of her life to academic studies to decrease the likelihood of her following in her father's footsteps and instead take on a key role in Queen Industries. While at first unwilling to accept her father's decision to keep her away from a life of fighting crime Andromeda would find education an incredible advantage to her brothers partying ways. Focusing on her school work Andromeda set her sights on a prize her brother deemed to be his, CEO of Queen Industries.

Pushing herself in her school work Andromeda would soon find herself distracted by one of her brothers friends, Brendan Knight. While carrying the surname of his father's fledgling weapons company Brendan was known to those who knew him best as Brendan Harper, the son of Arsenal, and more importantly he was best friends with Connor Queen. Andromeda was quick to realize that Brendan did not share Connor's penchant for parties and girls but instead enjoyed something else, anything involving an adrenaline rush. While Andromeda was stuck in private school all day she found herself spending more and more time with Brendan at night and on the weekends. Soon Andromeda would find herself being invited along on Connor and Brendan's more daring adventures of base jumping building around the world including the Kingdom Centre in Saudi Arabia and what would end up being one of her favorite adventures: the Petrona Twin Towers in Kuala Lumpur.

With each adventure came more adrenaline when Brendan would plan a trip that involved squirrel suiting the Shanghai World Financial Center's ring like top. It was on this trip that Oliver Queen would finally catch on to her daughters weekend trips with her brother and his best friend. While extremely disappointed Oliver would not dissuade his daughter from hanging out with the two but instead place added emphasis on her grades and put pressure on the young men to keep their exploits to the United States. As her grades stabilized again Andromeda was invited to spend a semester abroad, at the esteemed Oxford University. It was during this semester abroad that her family would die in a fatal airplane crash leaving Connor stranded on an island much like his father had been at a young age.

Returning home after the semester ended still devastated by the news Andromeda would find a kinship with Brendan knowing that his parents had died a tragic death while he was young. Bonding through shared memories, emotional conversation, and their previous friendship the two would soon find themselves in a relationship.

A Queen with a Knight[] 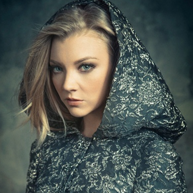 Death of a Queen[] 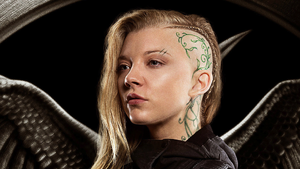 After her rescue and recovery Andromeda Queen arrived in England using the name Amber Wood. Upon her arrival she would soon use her contacts to join the British Armed Forces. With her already advanced knowledge in combat she found herself the first, undocumented woman, to join the 22nd Special Air Service Regiment. After two years of spending time on the ground in Afghanistan through multiple deployments, working alongside SEAL, DELTA, and JTF-2 Teams Andromeda would put in for a transfer to an American unit known as Air Force Pararescuemen or "PJ's". Having spent time side by side with these soldiers she found them to be the one bright spot in a military branch she saw as more than useless.

After being accepted into "The Pipeline" she soon found herself facing rigorous training that would concentrate on multiple facets only one of which she had joined to fully learn: EMT Paramedic Training. Andromeda would spend four years with the United States Air Force Special Operations command serving with the 38th Rescue Squadron and 24th Special Tactics Squadron. During her final year of being apart of the 24th STS Andromeda would find herself invited and attached to the Special Operations Group, the barely known Black Operations branch of the CIA.