Brett Foster was born in Manhattan, New York. Her parents own a small shop near their house that is a deli and a convenience store. Growing up in the most cosmopolitan city in the world, Brett was introduced to a wide variety of people at an early age, shaping her outlook on life to be very accepting of people no matter what. At the age of seven, Brett lost her father to an early heart attack and this impacted her greatly as she and her father were very close. Idolizing Spider-man and Daredevil, Brett became somewhat disillusioned with life, causing her mother worry. Her uncle on her dad's side tried to step in and be a father figure in his brother's stead but it was hard. When she was fourteen, Brett started smoking, away from of her mother's eyes. Brett's grades never really faltered that much, as she liked school, but she stopped going to the various clubs and activities that she had been a part of. Eventually, she was only in her high school's music club, and film club.

Everything would change one day though, the day that her powers manifested. When she was fifteen, she came home from school one day to an interesting sight. One of her neighbors in her apartment building, Cole Reese, was a research scientist, and he had brought his research home with him. There had been some problem, and he had mutated into something incredibly dangerous and out of control. Spider-Boy and Shockteche were there, fighting to take the mutated man down and to keep the people in the area safe. Not realizing that she was a friend of his, Cole threw a car door at her. Thinking that this was it, that her life was over, Brett tried to dodge, by dropping to the ground. Her powers activated for the first time due to the stress of what was going on around her. Time seemed to slow down and she was able to move faster than everyone else.

As soon as she got up, she ran, fearing what was happening to her and even more scared than she had been before. Trying to stay calm, she met up with a friend and the two went to Central Park. They were talking, and she kept what had happened to herself, though her friend asked her about her apartment. While they were there, the two of them ran into a group of kids from their school. The kids were bullies and started picking on the two of them. Then when one of the bullies swung on the two kids, Brett used her powers again. This time, everyone, including her friend were shocked and started calling her a mutant.

With no home anymore, and no friends, Brett had no reason to stay in New York City. Packing whatever she could fit into a couple bags, she left the city, unsure of where she was headed, but knowing that she wanted to start over, especially considering she didn't know what was happening inside of her.

After bouncing around a number of different states, and trying to both learn how to use her powers, but not let anyone see her use them, Brett found herself in California. She picked up a job as a waitress in order to make some money and make ends meet. The people who owned the place didn't ask, and the restaurant was a greasy diner. She was okay there for a few months, until a woman named Chloe Pullman found her. Chloe came into the restaurant and posed as a regular customer. But then she started asking her about New York. When Brett tried to run, Chloe went after her and stopped her. Though Brett used her powers on her, Chloe was able to convince her to stand down. Chloe had powers of her own, including empathy. With that, she was able to feel the hurt and pain that Brett was feeling, and had been feeling all of her life.

Chloe explained that she worked for an organization called Weapon X that worked with mutants and was highly interested in having Brett come in. Brett was unsure of whether or not she could trust Chloe, but Chloe promised that they would not send Brett back to New York. Maybe it was because of the woman's powers, but Brett felt as though she could trust her, so sh left California, for Weapon X's headquarters in Green Bay, Wisconsin. 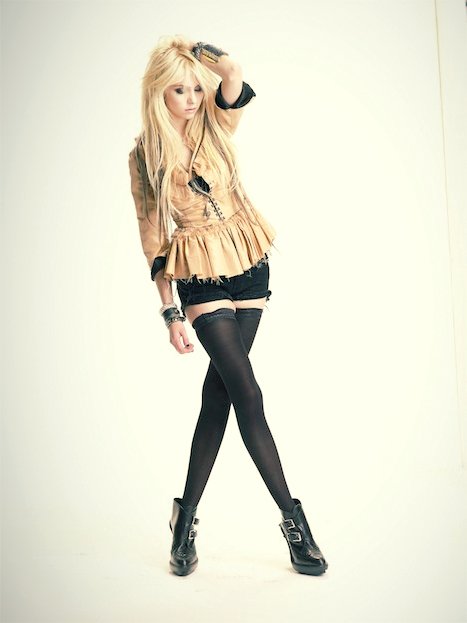